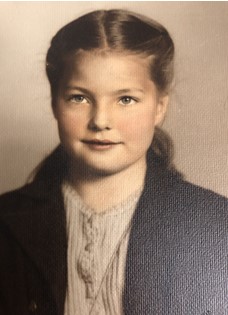 Guestbook 1
Virginia “Gini” Bruton, 82, of Riverton passed away on August 26, 2019 at the Wyoming Medical Center in Casper, WY. Cremation has taken place with family services and scattering of ashes to be held at a later date.

Virginia Ann Kading was born on May 1, 1937 in Hemet, CA to Ben Ulin Kading and Ina Virginia (Whitaker) Kading. She grew up in California with her two brothers and three sisters. Virginia graduated from Huntington Beach Union High School with the class of 1955.

Virginia was of the Methodist faith.

On January 27, 1957 she married C.J. Bruton in Huntington Beach, CA. They were married for 54 years before C.J. passed in 2011. Together they had two daughters, Sally Ann and Joni Dee.

In 1985 the couple moved back to Riverton, WY after following C.J.’s work as an oil field consultant. They lived throughout the Western United States, Saudi Arabia, Turkey, and Peru.

Her family said that she enjoyed doing arts and crafts, visiting with friends, especially the ones she made in later years at the Sertoma Senior Apartments. Above all she loved her family and keeping in touch with them.

She was preceded in death by her parents, Ben and Ina Kading; husband, C.J. Bruton; three sisters and two brothers.