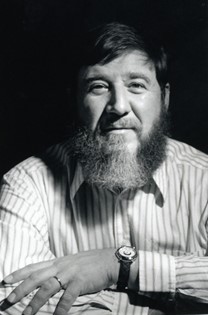 
Roger Hicks, 74, of Riverton passed away on Monday, August 26, 2019, at the Help for Health Hospice Home. A memorial service will be held at the United Methodist Church on Saturday, September 7, 2019, at 2:00 pm. Inurnment will take place at a later date in the family plot in Greencastle, PA.

Roger Alvin Hicks was born on May 25, 1945 in Chambersburg, PA to Alvin Ambrose and Catherine Mabel (Statler) Hicks. He grew up in Greencastle, PA where he graduated from Greencastle Antrim High School with the class of 1963. He went on to earn his Bachelor of Art from Gettysburg College in 1967.

On February 25, 1967, Roger married Marie Ann Fillion in Westminster, MD. They were married for over 52 years. Together they had two children, Todd and Laura. The family lived in Westminster, Maryland until 1982. They moved to Riverton, Wyoming to help build Wyoming Public Television.

He was a member of the United Methodist Church where he participated in the church choir and the bell choir.

Roger enjoyed photography, flying airplanes, railroads and model trains, and playing music on guitars and keyboards. He was very involved in the CWC drama productions and enjoyed them greatly. He also volunteered his time on the Fremont County Library Board.

He was preceded in death by his parents, Alvin and Catherine Hicks; and sister, Phyllis Mae Hicks Utterback.

The family requests that memorials may be made to Help for Health Hospice for the wonderful care they gave Roger, in care of Davis Funeral Home, 2203 West Main Street, Riverton, WY 82501.