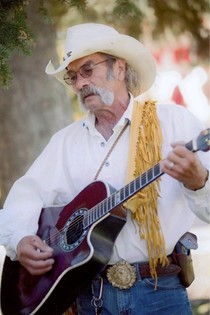 Guestbook 5
Jeffery Thomas Jackelen, 65, of Dubois, Wyoming died unexpectedly on August 26, 2019 while camping with his wife at Trail Lake near Dubois.

He was born February 20, 1954 to Kenneth and Joyce (Reinhardt) Jackelen at Wabasha, MN and grew up in Alma and Stoddard, WI. He was baptized and confirmed in the St. Lawrence Catholic Church of Alma. He graduated from DeSoto, WI Area High School in 1972. He moved to Wyoming with his parents after graduation, and spent most of his adult life in “the Big Wonderful” of Wyoming. He served in the United States Navy from April 1976-October 1982 on the USS Dubuque and was a life member of VFW Post 10056 of Dubois. Jeff worked as a carpenter and retired in 2013.

Jeff married Susan Schneider and they had a daughter, Heather. They later divorced. He married Cindy (Keech) Reinitz, the love of his life, in Thermopolis, WY on October 24, 2009.

Jeff “JT” was a gentle, soft-spoken man who was generous to a fault. He loved hunting, fishing, horseback riding, reading, camping in the mountains and playing cribbage. He was a talented musician who loved jamming with friends and playing his guitar and singing any chance he could. Jeff had a quick wit and befriended everyone he met.

Jeff was preceded in death by his parents and his brothers John, Steve, and Tim.

Services will be held at the Dubois Cemetery at 10:30 a.m. on Friday, September 6, followed by inurnment with full military honors. Lunch will be served after the service at VFW Post 10056.

Davis Funeral Home of Riverton is handling the arrangements.