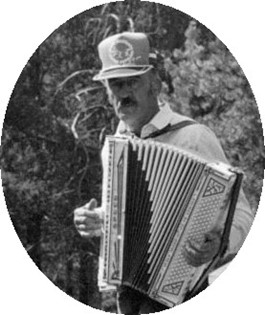 Guestbook 3
Long time Riverton resident, Jack Edwin Miller, 79, of Riverton died Saturday morning, Aug. 30, at his home after a lengthy illness. His family was by his side. Funeral Mass will be Wed., September 3, 2008, 10:00 a.m. at Saint Margaret's Catholic Church. A Rosary will be Tues., September 2, 2008, 7:00 p.m. at the church. Burial will be at the Mountain View Cemetery. He was born June 23, 1929 in Lymon, Neb., to Rollie H. Miller and Leona Prideaux Miller. He attended Lymon High School. He moved to Riverton in 1947 to farm with his parents. In 1951, he married Colleen O’Hara of Riverton. They had four children. Mr. Miller worked in the oilfields around Riverton, and was a part owner of Martin Construction Company. In 1969, he formed Miller Construction Co., an oilfield service company. He later expanded the business to include excavation. Family was the focus of his life. His grandchildren and great-grandchildren referred to him lovingly as “Pops.” Mr. Miller had a special love of animals. His pet boxer, Gus, was never far from his side. He collected antiques and classic cars. His cars were a regular feature of the Fremont County Fair Parade for many years. Mr. Miller was an excellent fly fisherman, and a self-taught musician. He was also known for his sense of humor, his smile and his generosity. He was an active member of St. Margaret’s Catholic Church in Riverton. He is survived by his wife, Colleen, two sisters, Peggy Thiel of Riverton and Betty Jo Singleton of Lymon, Neb.; four children, Sheri Hinkle and her husband, Richard, Kathi McDonald, and her husband, Jim, Jac Miller and his wife, Ellen, and Lorri Peterson and her husband Dwayne, all of Riverton; 11 grandchildren, Jim Hinkle, Bridget Franks, Amy Day, Misti Lopez, Megan Dolcater, Dustin Peterson, Bo Peterson, Seth Peterson, Jared Miller, Josh Miller, Attia Miller, and their families; and 15 great-grandchildren. He was preceded in death by his parents, one brother and one sister. Please send memorials to Little Wind Hospice, care of Davis Funeral Home, 2203 W. Main Street, Riverton, WY 82501. On-line obituaries are available and condolences for the family may be made at: thedavisfuneralhome.com.