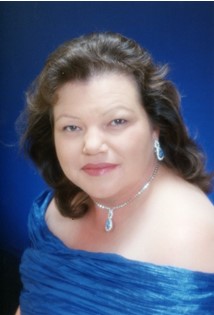 Mrs. Lawson passed away on Tuesday, September 3, 2019 at her home in Riverton, Wy.

She was born on February 23, 1958 in Riverton, Wyoming, daughter of Orelia (Hanway) and Clowry “Bud” Lawson. She was raised on the Wind River Reservation. Irene attended St. Stephens Mission School until 8th grade and graduated from Riverton High School in 1976. She married Pasqual B. Martinez on March 6, 1976. Together the couple had three children: Robert Martinez, Candice Pereda and Andrea Watson.

Though she never considered herself an “artist” her beadwork was very praised and much sought after. Irene held several different jobs in the community. All she ever wanted to do was help people. She was a preschool teacher at the Arapaho Headstart as well as a Victim/Advocate for many years and helped co-found the Turtle Shelter for battered women. Irene worked for the County Attorney’s office as a Victim/Advocate for 14 years. She was Nationally recognized with an award from the FBI for her work. When she needed a change of pace, she went to work at the Wind River Casino, first as a card dealer and then became the manager for both gift shops and the Northern Arapaho Experience Room, sharing the Arapaho culture for the last 13 years.

She loved spending time with her family. Irene loved her children and grandchildren more than life itself. She enjoyed playing cards and teaching her grandkids about “old” games. Irene loved every chance she got to get her family and loved ones together.