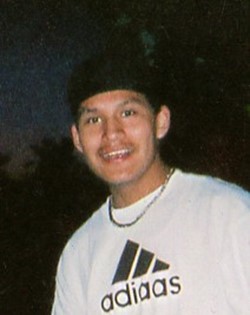 Ty Wil Wolfname was born on March 31, 1988 in Riverton, WY to Mona Deidre Blackburn and Gary Wolfname He was an enrolled member of the Northern Arapaho Tribe and Northern Cheyenne and was a descendant of Chief Dull Knife and the Native American Church.

Ty was talented as an artist and writing music. He loved to draw, read, keep up on Facebook, being adventurous, and running, which he was very fast. His family said he was smooth with the ladies, another talent he had. He was lost without his phone. Always had the house phone before cell phones existed.

He is survived by his mother, Mona Blackburn; grandmother, Ruby Blackburn; ;brothers, Jakota Wolfname, Sterling Wolfname, and Garrett Blackburn; sister, Dawn Buffalo; and numerous other members of the Blackburn family and Wolfname family.