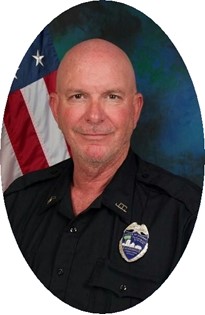 Guestbook 8
Robert “Scott” Willenbrecht, 57, passed away at the Help for Health Hospice Home on Wednesday, September 11, 2019. A memorial service will be held at 11:00 am on Thursday, September 19, 2019, at Davis Funeral Home with Military Honors.

Robert Scott Willenbrecht was born on February 13 1962 in Bridgeport, NE to Harold “Bob” Robert and Betty Louise (Claime) Willenbrecht. He grew up in Riverton and graduated from Riverton High School with the class of 1980. He then received his Associates Degree from Florida Community College in Jacksonville, FL.

Scott served four years in the U.S. Navy and was honorably discharged. He then worked with the Jacksonville, FL Sheriff’s Office for twenty-five years before retiring and returning to Riverton, WY.

He was preceded in death by his father, Harold Willenbrecht; and step-father, Clyde Stagner.

Memorials may be made to Help for Health Hospice Home in lieu of flowers in care of Davis Funeral Home, 2203 West Main Street, Riverton, WY 82501.