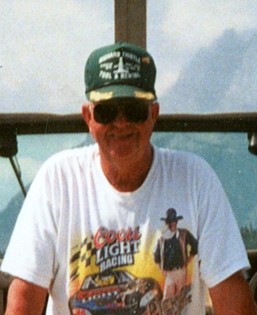 Guestbook 2
William Raymond Clark, 85, passed away on Sunday, September 15, 2019 in Riverton, WY with his daughters by his side.

Born August 26, 1934 in Meeteetse, WY, he was the son of the late Thelbert R. and Wilma (Starkey) Clark. He graduated from Meeteetse High School and joined the U.S. Army, stationed in Germany.

He married Mary Louise Slater in 1956. To this union two daughters were born. He worked hard all of his life to make sure his family was taken care of. He spent most of his years working in the oil and gas industry. He took a huge gamble and took everything he had to start Bill Clark Tool and Rental. He enjoyed success for over twenty years. He also dabbled some in the cattle business.

He loved hunting, fishing, any activity involving the outdoors, and spending time with his family and friends. He spent many happy hours in his boat, “The Duke” on Jackson Lake trying to catch “the big one”, (which he actually did twice!). He spent many summers packing in to the head of the Yellowstone and white water rafting the Snake River. He was always ready for the next adventure – much to the dismay of his daughters.

He joined the Riverton Elks Lodge and quickly became part of their family. He spent countless hours volunteering his time to help others in need. He served in many capacities in the Lodge. He was most proud of his “Elk of the Year Award”.

Bill was a lover of life and his personality reflected that love. He had a quick wit, a love for storytelling, and an infectious, one of a kind laugh. You always knew when Bill Clark was in the building. He could easily strike up a conversation with anyone, anywhere, which is why his circle of friends encompassed not only the whole state of Wyoming, but many parts of the United States and even overseas.

He was preceded in death by his parents, Thelbert and Wilma Clark; grandson, Lance McConnaughey; brother-in-law, Tommy Grigg; and nephew, Tracy Grigg.

Celebration of life will be held on Thursday, September 19th at 2:00 pm at the Riverton ELKS Lodge, 205 E. Main Street, Riverton, WY.