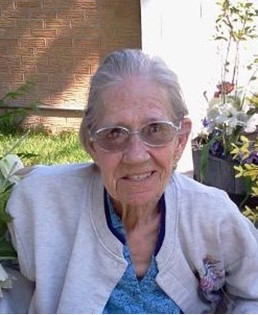 Services will be held at the Davis Funeral Home October 4th at 10 AM. In lieu of flowers, please make donations to Kinnear Fire Department, Wyoming State 4-H Foundation, or donor’s choice.

She was born September 4, 1934 to Charles and Marie Nichols in Thermopolis, Wyoming. After moving to the west coast for a short time, the family returned to Wyoming, settling in Riverton. She attended Riverton schools all 12 grades and was graduated from RHS in May 1952.

That June she married Cloyd (Toad) Adams. They had three children, Ronald, Susan, and Connie, and later divorced. She married Leslie Saunders of Kinnear in September 1973.

Rose Marie worked at the Fremont County Fair for years and was a dispatcher for the Riverton Police Department. Her next position was with the Pavillion Grade School where she worked until she retired.

Her favorite pastimes were fishing, snowmobiling, going to garage sales, enjoying her pets, and playing games with family and friends.