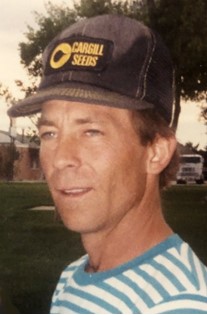 Guestbook 8
Gary Henry, 64, of Riverton passed away on Sunday, October 6, 2019, at the Wyoming Medical Center in Casper, WY. The funeral service will be held at 10:00 am on Friday, October 11, 2019, at Davis Funeral Home. A viewing will be held prior to the service from 9:00 am to 10:00 am. Interment will follow at Mountain View Cemetery.

Gary Charles Henry was born on June 3, 1955 in Riverton, WY to Clifford and Leatha (Aukey) Henry. Gary was raised in Johnston Valley south of Kinnear. He graduated from Riverton High School with the class of 1974.

After graduation he worked in the oilfield for two years before going to work with his Dad on the family farm in 1976. He worked on the farm until 1990 when he moved into town.

On August 20, 1976 he married Elizabeth “Beth” Ann Franklin in Riverton, WY. They raised their son and two daughters on both the farm and in town.

In Gary’s younger days he loved his fast cars and guns. He enjoyed soaking in hot pools with his family, collecting antiques, going to auctions, working on small engines, wood cutting, and tinkering in general. After his injury he kept himself busy by soaking in the sunshine when possible and watching Lifetime drama movies. He is survived by his wife of 43 years, Beth Henry; son, Cory Henry and fiancé Chelsie Martin, their children, Caleb, Hailee, and Corlee; daughter, Stacie Koch and husband, Mike, their children, Sheyla and Jorey Gies (great granddaughters, Ember and Afton), Ashlon Koch, and Brody, Koch; son-in-law Royce Hanger and his wife Kourtney and their children, Hayden, Dylan, Zach and Laela Hanger; step-mom, Lois Henry; brothers, Gene Henry and wife, Diane, and Robert Henry and wife, Loretta; step-sisters, Linda and Kathy; and numerous nieces and nephews.