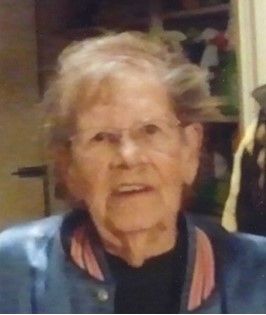 Guestbook 1
Glenneta Baxter, 85 of Dubois passed away on Friday, October 4, 2019, at her home. As were her wishes cremation has taken place and a Celebration of Life will take place at a later date.

Glenneta Mae Donaldson was born on January 13, 1934 in Sundance, WY to Glenn Otis and Ida Mae (McClelland) Donaldson. She grew up in Sundance until she was around 9 years old then the family moved to Casper. She graduated from Natrona County High School.

Glenneta was known in Riverton as “Mom” and in Dubois as “Grandma” since no one could remember her unique name, and she loved it. She knew just about everyone and enjoyed visiting with them especially at the Riverton Elk’s Club.

Living most of her adult life in Casper, she worked for POMCO as a map maker for the oilfield. While living in Denver, she worked for a uranium mine as a secretary. She then came home to Wyoming to spend her remaining years.

Glenneta was first and foremost the #1 Denver Bronco fan. She also loved to read, anything historical, go four-wheeling when she could.

She was preceded in death by her parents, Glenn and Ida Donaldson; husbands, William John Wicks, Sr. and Sam Baxter, Jr.; grandson, Jesse Schroeder; and many other family members. On-line condolences may be made to the family at www.TheDavisFuneralHome.com.Arrangements under the direction of Davis Funeral Home.