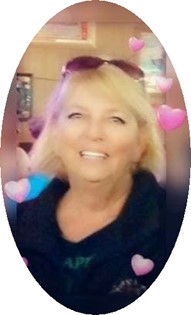 LaRae Dawn Murphy was born on March 11, 1957 in Kemmerer, WY to Carl Richard and Idonna Ruth (Davis) Murphy. She grew up in Big Piney with her three sisters and three brothers. She graduated from Big Piney High School and went on to earn her Paralegal Degree.

On January 14, 1996 she married Jack R. Anderson in Elko, NV. They celebrated their 23rd anniversary this last January.

LaRae was a bus driver and enjoyed being around all the children.

LaRae lived in Washington state for about five years but other than that she was a Wyoming girl. She loved everything Wyoming had to offer in the outdoors, hunting, fishing, and being with family and friends.

She is survived by her husband, Jack Anderson; sons, Robert Ranta and Ben Fuller; her brothers, Billy Murphy and Jimmy Murphy; sisters, Fay Boesiger and Francis Robinson; and six grandchildren.

She was preceded in death by her parents, Dick and Idonna Murphy; brother, Guy Murphy and sister, Ranae Tinsvold.