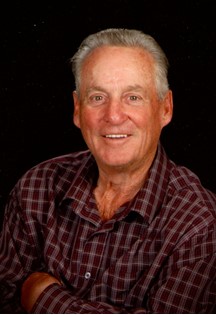 Robert Daryl Stettler was born on May 13, 1946 in Klamath Falls, OR to John Douglas and Mary Eileen (Mecham) Stettler. He grew up in Pecos, NM and graduated from Pecos High School.

Bob was baptized into the Catholic faith and was an active member of the Lady of the Wood Catholic Church in Dubois.

On May 19, 1964 he married Sarah Marie Valencia in Santa Fe, NM. They renewed their vows again in 2003. Together they had two children, Darrell and Sherri and raised them in Casper, WY.

While living in Casper, Bob worked for Teton Drilling as a driller, Dave Johnson Coal Mine, and then he went to work for the Dave Johnson Power Plant as an Electric Technician. He worked at the Power Plant for 28 years before retiring. In 2008 Bob and Sarah moved to Dubois and made it their retirement home.

Bob was an avid hunter and fisherman. He loved the outdoors and all it offered, camping, four wheeling, and snowmobiling. His hobbies included gun collecting and colleting various antiques. He was a past member of the Dubois Gun Club.

He was preceded in death by his father, John Stettler; mother, Mary Acuna; and sister, Ramona Gonzalez.

Memorials may be made to Lady of the Woods Catholic Church in care of Davis Funeral Home, 2203 West Main Street, Riverton, WY 82501.

Services under the direction of Davis Funeral Hom.