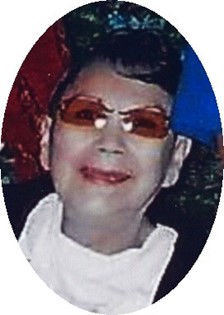 Carlita Brown was given her Indian name Cedar Tree in Arapaho Be’e 3einoooNesei. She was born September 18, 1948 at Crow Agency, Montana to Lawrence Paul Smith and Elsie (Swallow) Arthur. Her adopted father, Simon Arthur, Sr. and mother raised her. She spent her younger years in Montana and the majority in Wyoming. She married John Nelson Brown, Jr. on November 16, 1985 in Thermopolis, WY. They made their home in Wyoming.

She was a member of the Catholic faith serving as a Eucharist Minister with her husband at St. Stephen’s Catholic Church and Blessed Sacrament in Lame Deer, Montana.

She worked many years for the Riverton Holiday Inn as a House Keeper and was a home maker for her family.

She loved going to the Casino, Pow Wows where she enjoyed watching her children and grand children dance. She made all her outfits from scratch. She enjoyed making star quilts and was the first one to make a half star design.