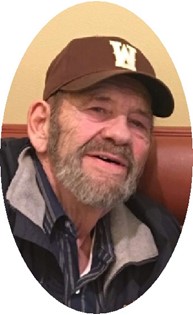 Guestbook 0
No services are scheduled for Carl “Gil” Granlund, 82, who passed away after a lengthy illness on October 19, 2019 at Help for Health Hospice in Riverton, WY. Cremation has taken place.

On December 19, 1964, Gil married Patricia McIntosh in Casper, WY. The couple spent most of their life living in Wyoming but also spent time in Broomfield, CO and Flagstaff, AZ before moving back to Fremont County in 1993.

Gil worked for many years in the mining industry including exploration activities for Western Nuclear and several gold companies in Nevada. He also sold real estate with Hugh Jones in Lander, WY before finally working at Walmart in Riverton for 13 years.

Mr. Granlund enjoyed rock hunting, camping, woodworking and his coffee chats with his friends. He loved to travel but only if driving, to see new places. Gil was well known for his Swedish pancakes and Christmas candy. Above all, Gil loved all children and his dogs.

Survivors include his son, Eric and his wife Patty Granlund of Riverton and their children, Jesse Hill, Taylor Hill and Samantha Granlund; daughter Joelyn Knabe and her husband, Phil of Milford, Ohio and their children, Jessica Knabe, Katie Knabe, and Ty Knabe; two brothers, Ronald Soderberg and Rick Soderberg; two sisters, Janis Harvey and Christina Galey all of Laramie, WY.

He was preceded in death by his parents, 2 sisters, 1 brother and his beloved wife, Patricia.