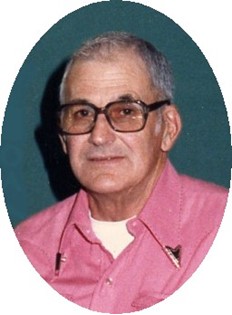 Guestbook 5
Long time Fremont County resident Howard Wenner, 93, passed away on Monday, October 28, 2019 after a short illness at Sage West Healthcare in Lander. He was born on August 19, 1926 to Leslie R. and Viva B. Wenner in Casper, Wyomng.

He attended schools in the Casper area until 1939 when they relocated to a small farm 9 miles east of Riverton. Howard graduated from Riverton High School in 1944 and immediately entered into the Navy where he served in the South Pacific until his honorable discharge in February, 1946.

Though he worked in the oil fields in the late 1950’s and early 60’s, he preferred farming when he could. He purchased the Jack Cardwell farm in the Midvale area in 1962 and farmed there until he sold the farm and retired in 1991.

Mr. Wenner was a member of the Dubois Grazing Association, the Wyoming Land Band, and the VFW. They enjoyed going on trips to Las Vegas, Reno, and Stateline for gambling and Blackjack tournaments. During his later years he could often be found at the Riverton sale barn and the Wind River Casino (aka The Office).

He was preceded in death by his parents, his wife Lorraine and his older brother Charles.

He is survived by his son Dennis of Riverton and son Donald of North Hollywood, CA.

Services will be held at the Davis Funeral Home at 2:00 pm on Tuesday, November 5, 2019, with military honors. He has been cremated and inurnment will follow at the Wenner family plot in Mountain View Cemetery. All are welcome to attend a brief service at the inurnment, weather permitting.