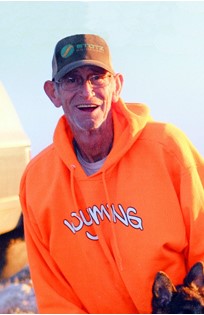 Guestbook 11
William Davis, 71, of Riverton passed away on Wednesday, October 30, 2019, at his home surrounded by family. According to his wishes cremation will take place and the family will have a Celebration of Life at Fremont County Fairgrounds Heritage Hall on Friday, November 8, 2019, from noon to 4:00 pm.

William Gordon Davis was born on August 9, 1948 in Riverton, WY to Norman Newton and Estelle Maxine (Brown) Davis. He attended elementary school in Shoshoni and Wind River graduating from Riverton High School with the class of 1966. He attended the University of Wyoming for one year.

William was of the Presbyterian faith.

On June 8, 1968 he married Barbara Sue Quarles in Riverton, WY. They raised their three children in Riverton never leaving the area.

William was the Director of Physical Operation at Community Entry Services (CES) for 32 years. He also was the owner of Prairie Gems Jewelry and Jade in Riverton, 3D Farms in Paradise Valley, and co-owner of Norm’s Conoco in Riverton.

When William wasn’t working he enjoyed hunting, fishing, camping, rock hunting, and anything outdoors, especially with his children, grandchildren, and great grandchildren.

He was preceded in death by his mother and father, Maxine and Norman Davis.