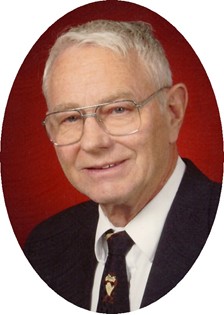 A Memorial service for Glen L. Larson, 85, will be held at 10:00 a.m., Friday, November 8, 2019 at Davis Funeral Home. Mr. Larson passed away on Saturday, November 2nd at Wind River Rehabilitation and Wellness of Riverton, WY. Cremation has taken place. Inurnment will take place at a later date at Crown Hill Cemetery in WheatRidge, CO. Memorial contributions to the Shriner’s Hospital in care of Davis Funeral Home.

Glen L. Larson led a full and adventuresome life. He was born on July 5, 1934 in Scottsbluff, Nebraska, to Gideon and Clara (Kamen) Larson of Morrill, NE. He grew up on the family farm and attended school at Liberty, which became part of the Morrill High School. He attended the University of Wyoming, farmed and joined the United States Navy. Glen graduated with an engineering degree and worked for the Wyoming Highway Department for a year. Plans to return for graduate work changed when he was struck by a car traveling 60 mph while riding his bicycle home from work. After recovery, Glen began his career with the Bureau of Land Management. He worked in Worland, WY, Richfield, UT, State of Nevada and then was hired at the Region 6 office of the U.S. Fish and Wildlife. He was able to take courses at the University of Nevada-Reno and finished his career as a Hydrologist. He worked at various jobs for ten years while his wife earned her retirement. His last job was a night gas station attendant. He returned to that job even after being shot at during a robbery. A bullet proof glass booth protected him and he returned to work the next day. During the weeks that followed, the units of all the police departments all checked up on him.

Glen married Inez Kobel at the Methodist Church in Riverton on February 29, 1964. The couple had two daughters, Ericka Cooper and Ellora Larson. They celebrated 55 years of marriage and were looking forward to a 14th anniversary and 56 years.

Glen was active in the Masonic organizations joining as soon as he was eligible and holding offices almost the rest of his life. He joined the Shrine in 1963 and became the Shrine Clown in Reno, making thousands of balloon animals to cheer people up in the hospitals, picnics, and wherever people were receptive. He played the bugle in the Worland Drum and Bugle Corp of the Worland Shrine Club. He was a National Ski Patroller, volunteering for 25 years at 6 ski areas. He held offices in the patrols and regional offices. He instructed First Aid, CPR, and Avalanche courses. Glen became a scuba diver and was able to incorporate that in his work. He owned a plane and was a lifetime member of the EAA. Glen attended the Oshkosh Fly Ins. And was also a corner judge for a number of Aerobatic Competitions.