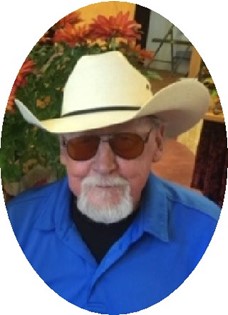 
A Memorial service for longtime educator, Keith Richard Boyd, 78, will be held at 2:00 p.m., Wednesday, November 13, 2019 at Davis Funeral Home. Military graveside rites will follow at Mountain View Cemetery. A reception will follow graveside services at the Elks.

Keith was born on May 31, 1941 in Marshalltown, Iowa, son of Beuford L. and Madeline (Stieve) Boyd. He was raised in Wisconsin but after joining the US Air Force, he found his way to Wyoming and made it his home.

Mr. Boyd served in the United States Air Force during the Vietnam Era and Cold War.

He received his Associates degree from Casper College before earning his Bachelor’s and Master’s Degrees from the University of Wyoming. He began his teaching career in Riverton in 1973, as a vocational education teacher until 2017. He also worked at St. Stephens Indian School and Central Wyoming College. Mr. Boyd touched the lives of thousands of students over his 45 year career. He will be remembered as a friend and mentor to many, and will be greatly missed.

Keith was a member of WACTE Wyo Assoc. for Career and Technical Education, as well as the American Legion and 50+ year member of the Elks.

Mr. Boyd was a believer in the principles of and follower of Jesus Christ.

He was preceded in death by his parents; sons, Brenton Boyd and Brett Weldon Boyd.