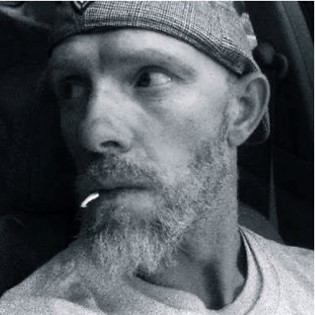 Ryan Slack was born on November 7, 1977 in Casper, WY to Mark Wayne and Becky Sue (Poste) Slack. Ryan grew up in Casper until 1990 when the family moved to Riverton. He graduated from Riverton High School with the class of 1996.

After graduation he entered the U.S. Navy and did training in Groton, Connecticut. After his training he was stationed in Hawaii and served as a Sonar Technician on submarines around the world. He was honorably discharged.

Ryan had lived in Cheyenne, WY for the last few months working for The Brock Group, a construction company, as an assemblyman. Before that he worked mainly in the oilfields on work over rigs in the Gillette, WY area.

Ryan was a fantastic artist doing amazing murals, landscape drawings and painting. He was establishing his art portfolio at the time of his passing.

He was preceded in death by his mother, Becky Slack on July 15, 2017; and grandparents, Don Poste, Romayne S. Head, and Dennis V. Slack.