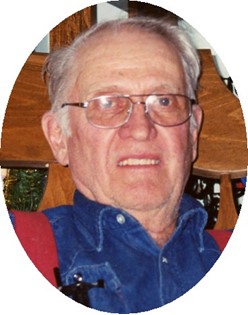 Guestbook 4
Cleo Gilbert Haggerty, 89, of rural Riverton passed away at the Help for Health Hospice Home on Friday, November 8, 2019. Cleo requested no formal service take place. There will be a short graveside service will be held at 2:00 pm on Tuesday, November 12, 2019, at Mountain View Cemetery.

Cleo Gilbert Haggerty was born on June 12, 1930 in Broadwater, NE to Roy Gilbert and Esther (Sayer) Haggerty. When Cleo was eight years old the family moved to Fremont County and began farming in the valley. He attended school in Shoshoni graduating from High School there.

On May 18, 1956 he married Lavinia Pryor. They made their home in the valley farming and raising their two children, Edward and Jackie.

Cleo enjoyed hunting, fishing, and traveling. He had a love of the Morgan horses and had many over the years.

He was preceded in death by his parents, Roy and Esther Haggerty; wife, Lavinia Haggerty; son Edward Haggerty; and brothers, Francis Haggerty and Ivan Haggerty.

In lieu of flowers the family request memorials may be made to Help for Health Hospice in care of Davis Funeral Home, 2203 West Main Street, Riverton, WY 82501.