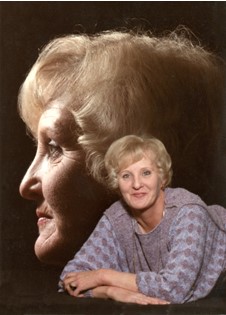 Guestbook 2
Glenda Rae Thompson passed away November 9, 2019 at Sage Health Care in Riverton, Wyoming. Her memorial service will be held on Monday, November 18, 2019 at the Davis Funeral Home in Riverton at 2:00 p.m. with Pastor Jim Smith officiating. Cremation has taken place. Burial will be in East Lawn Cemetery at Minatare, Ne. at a later date.

Glenda was born April 13, 1943 in Mobridge, SD to Hugh and Wanda Quinn. Glenda went to public schools in Scottsbluff, Ne.

She met John Dale Thompson in Alliance, Ne. They were married on February 12, 1964 in Scottsbluff, Ne. To this union four children, daughter Carrie, son Daniel, son, Troy and daughter, Lorenda.

Glenda liked her flowers, digging in the dirt, collecting china bells and Native American collectables. She loved playing with her great grandchildren and loved her schnauzer, Spook, of 14 ½ years. She loved being a homemaker. She was a mother, grandmother, great grandmother and a friend to all.