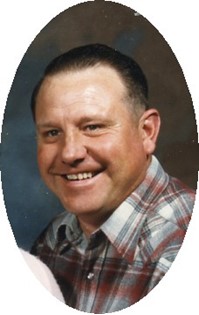 Guestbook 18
A Memorial service for Dean Paul Von Krosigk, 78, will be held at 11:00 a.m., Saturday, November 30, 2019 at the Fremont Center at the Fremont County Fairgrounds in Riverton. A lunch will follow the service. Memorial contributions to the Dean Von Krosigk Memorial Fund in care of the Davis Funeral Home, 2203 W. Main Street, Riverton, WY 82501.

Dean passed away on November 09, 2019 at his home in Riverton, WY surround by family members.

He was born on February 26, 1941 in Riverton, son of Samuel W. and Iva (Emerson) Von Krosigk. Dean grew up in the Riverton valley on the family farm and graduated high school in 1959. He graduated with honors in FFA.

Dean was a cowboy, farmer, and sheepman his entire life.

On May 29, 1960, Dean married Charleen (Banta) in Riverton. Dean worked as an assistant manager for Safeway from 1959 until 1961 when he went to work for Chevron Oil in Rangely, CO, where he spent the next 5 years. Dean worked for Amoco Production Beaver Creek in Riverton for 25 years and then Burlington Resources/Conoco Phillips in Lysite, WY for 10 years. Lastly, he worked for 2 years for High Plains Chemical.

Dean enjoyed attending church and spending time with his family and friends. He was active in the Fremont County Fair, farming, raising sheep and horses. He also enjoyed spending his time hunting, fishing and camping as well as travelling the world. Dean liked to watch high school sports, especially Shoshoni high school and was also an avid Wyoming Cowboys and Nebraska fan. Dean was his children and grandchildren’s biggest fan in any activity they were in. He was always there.

He was a member of the USA Targhee Sheep Assoc., The Wyoming Wool Growers for 40 years, was a 4-H Leader for 20 years for the Valley High 4-H Club as well as a Grange member and served on the Fremont County Fair Board for 10 years. He also served on the Non Point Water Source Board, Weed and Pest Board and was a Deacon and Elder at the Riverton Christian Church.