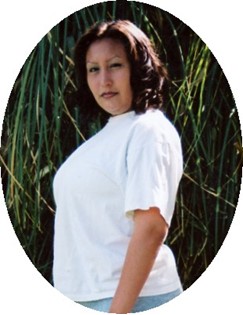 Guestbook 3
Nicole Dawn Jenkins, 33, of Riverton, WY died Tuesday, November 12, 2019 with her family by her side. Niki or Hollywood referred to by her friends and family was born November 19, 1985 in Riverton to Kevin Jenkins, Sr. and Alvina Dewey Blackburn. Cremation has taken place and a private family visitation was held.

Niki was of the Christian faith. Her family said she enjoyed beading, writing in her journal, collecting purses and bags, and buying expensive clothing.

She had worked at the Ethete C-Stone and various delis and motels in Riverton and the state of Colorado. She had lived the majority of her life in Riverton with a short time in Colorado Springs, CO.

She was preceded in death by her step father, Larry Blackburn, brother, Kevin Jenkins, Jr.; and sister, Tawsha Jenkins.

On-line condolences for the family may be made at TheDavisFuneralHome.com. Services are under the direction of the Davis Funeral Home and Crematory.