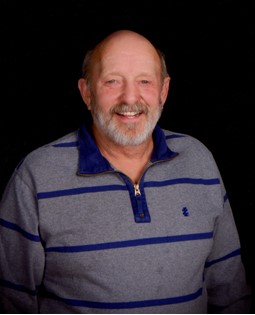 
Richard Hall, 65, of Riverton, Wyoming passed away on Thursday December 5, 2019 in Billings, MT after a hard fought battle. A Funeral Mass will be held at 10:00 a.m., Tuesday, December 10, 2019 at St. Margaret's Catholic Church, with a reception to follow afterward at St. Margaret's Gymnasium. A rosary will be recited at 7:00 p.m. Monday, December 9th at Davis Funeral Home with a viewing an hour prior to the rosary. Richard Hall was born in Casper, Wyoming on August 14, 1954 to Donald Hall and Barbara Ann (Bryan) Hall. Richard was a teenager when his family moved to Riverton. He went to Riverton High School and then later attended Central Wyoming College.

Richard married the love of his life Shannon Hall on July 12, 1972. A month after their marriage Richard joined the Army and they moved to Germany, after 7 years they moved back to Riverton in 1979 and there they made their home. Richard worked in the oilfield until he opened Hall's Appliance Repair from which he later retired. Richard's true passion was his family. He loved being a husband, father, grandfather, and great grandfather. It is there that he found the most joy. He also enjoyed watching bull riding, wrestling and his Denver, Broncos, coaching baseball, and Rock-N-Roll..

Memorials may be made to Paws Animal Shelter in care of Davis Funeral Home, 2203 West Main Street, Riverton, WY 82501.