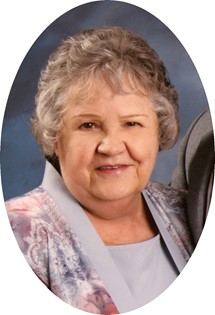 Mrs. Walker passed away on December 16, 2019 at Help for Health Hospice Home in Riverton, WY.

Judy graduated from high school in Newcastle in 1958. On February 1, 1959, she married Ervin D. Walker in Newcastle. The couple lived in Casper from 1959 until 1987 and attended the 1st Baptist Church. Judy served her family as a homemaker, raising her children. In 2003, they moved to Riverton from Muddy Gap when Ervin retired. Ervin and Judy wintered in Parker, AZ.

Mrs. Walker enjoyed camping, traveling, reading, crafting as well as playing on the computer. Judy’s family meant the world to her.

Judy was preceded in death by her parents, sisters, Bernice Seibel and Karen Coy; brothers, Lee Rosco and Ken Brunson.