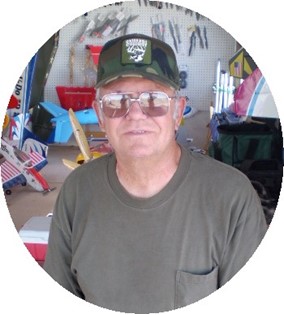 Guestbook 2
Funeral services for Darel L. Wentworth of rural Riverton and former Lander resident are at 10 a.m., Thursday, Sept. 25 at the Davis Funeral Home of Riverton. Visitation will be from 8 am to 10 am at funeral home. Pastor Richard Morgan will officiate. Graveside Services and Interment will follow at 1:30 p.m. at the Meeteetse Cemetery. A reception will follow at the Meeteetse LDS Church.

Mr. Wentworth died early Thursday morning, Sept. 18, 2008 at the Wyoming Medical Center in Casper. He was 68.

Darel Leonard Wentworth was born on the Avery homestead on the Greybull River near Meeteese in Park County, the son of Leonard Johnson Wentworth and Mildred Inez (Avery) Wentworth.

He attended elementary school in Meeteetse and junior high at the one-room Gooseberry school house. When he was an eighth grader he suffered severe burns in a ranch fire and missed a year of school. He attended high school in Thermopolis, boarding with his uncle Berton Avery.

In high school he met his future wife, Charlotte Ann Wing, of Hamilton Dome. They married on Nov. 10, 1957 at her parent's home.

As a young man he had worked as a ranch hand on various ranches in the Big Horn Basin, moving to Lander in 1959. He worked for various construction companies before going to work for U.S. Steel where he was employed until the early 1970s. Mr. Wentworth was a welding fabricator for most of his life. Darel then owned and operated Pack Rat Corp. in Lander, designing and fabricating underground mining equipment and snowmachine trailers.

In 1987 they moved to Alaska where he worked for U-Haul as a hitch mechanic. He designed and built the Wentworth Drill Press for U-Haul which was later patented by the company. He received the Grand Champion Design Innovator of the Year Award from U-Haul at their prestigious year-end award ceremony in Las Vegas, Nevada. The press is still used in U-Haul shops today.

Darel and Charlotte returned to Wyoming in 2002. Mr. Wentworth was most recently working for Bill Carpenter's C&H Electronics building model airplane ignitions which are sold worldwide.

He was a member and past president of the Lander Snowdrifters and member and avid volunteer with the Riverton Modelers Park. He raced motorcycles and snowmobiles for at least 20 years of his life. He enjoyed shooting, elk hunting, model trains, archery, boating and water skiing. He loved to camp and fish King Salmon, especially along the banks of the Little Susitna River near Talkeetna, Alaska. He was also a self-taught oil artist. He built and flew his own model airplanes, a passion which he shared with others and taught to his nephew and grandsons.

He was preceded in death by his parents; a nephew, Butch Argento and a brother-in-law, Allen Argento.