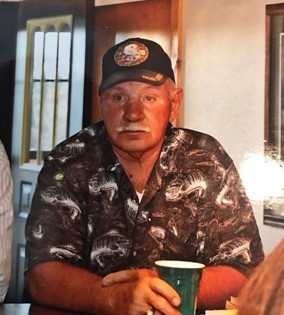 Guestbook 31
Larry L. David, 84, of Riverton passed away on Wednesday, May 27, 2020, at the Wind River Rehabilitation and Wellness Center. As were his wishes, he will be cremated. There will be a celebration of life for Larry L. David at 11:00 am On June 6, 2020 at the Riverton Fire Department Drill Field. A procession will occur at 10:30 from fire station 4 to the drill field where family, friends, and representatives from the Sheriffs office, Riverton police department, and Riverton Volunteer Fire Department will pay their respects.

Larry Lloyd David was born on August 15, 1935 in Plainview, Nebraska to Verle U. and Doris E. (Brown) David. He grew up with 10 brothers and sisters. He graduated from Inman High School with three classmates in 1953.

After being discharged he moved to Riverton, WY where his family was living and stayed for the next 62 years, raising his family, working, and volunteering to make it a great place to live.

On May 22, 1964 he married the love of his life, Kathleen L. Flint, at the United Methodist Church in Riverton, WY. They had three children, Bruce, Jason, and Diane. They just celebrated their 56th anniversary.

Larry worked as a carpenter, wildland fire fighter, sheriff’s deputy, and City Police Officer until his retirement as an RPD Sergeant. He then served as the Wyoming Fire Academy Coordinator for ten years. He attended the Wyoming Law Enforcement Academy, earned his Associates Degree from Central Wyoming College. He was very proud of having been graduated from the FBI Academy in Quantico, Virginia in 1974. He volunteered with the Fremont County Search and Rescue and made it the top of Gannett Peak twice and survived three plane crashes. He also volunteered with the Riverton Fire Department for 21 years and the Riverton Jaycees.

Larry enjoyed flying and achieved his private, commercial and instructor’s licenses in his pilot training. He also enjoyed woodworking, camping with his family, photography, hiking in the Wind River Mountains.

He was preceded in death by his parents, Verle and Doris David; and sisters, Shirley David, Ruby David, and Sandra David.

Memorials may be made to Riverton Volunteer Fire Department in care of Davis Funeral Home, 2203 West Main Street, Riverton, WY 82501.