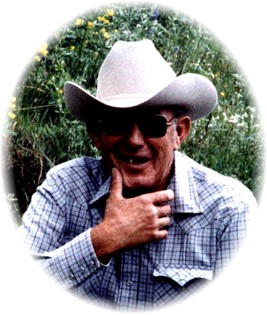 Kenneth Floyd Allington was born in Red Lodge, Mont., on January 12, 1934, the son of Floyd Franklin Allington and Juanita Maude (Cortner) Allington. Hegrew up in Roberts, Mont., and graduated from Belfry (Mont.) High School, where he played basketball with the two time state champion team.

As a youth, Mr. Allington worked on ranches and breaking horses with his father. He was employed by the Forest Service at Cook City, Mont., then as an electrician for American Chrome in Nye, Mont. In 1959 he moved to Jeffrey Citywhere he worked for Western Nuclear. He began working for Hot Springs REA in 1961 and retired as divisional foreman after 27 years in the Jeffrey City and Gas Hills area. In 1997 he moved to Pavillion.

On November 5, 1953 he married Doris Jean Carrington in Belfry, Mont.

Mr. Allington was a volunteer for youth activities and was a Little League Baseball coach.

The family said he enjoyed hunting, rock hunting, camping and fishing with his family, teaching all of his grandchildren to fish. He also enjoyed packhorse trips and once participated in a packhorse race. They said one of his favorite pack trips was in the Bridger Lake thoroughfare area. He and friend Jenner Mariner made numerous fishing trips into Christina Lake with many of the Jeffrey City youths.

Memorial donations may be made to Shriner's Hospitals for Children or the American Diabetes Association, in care of Davis Funeral Home, 2203 W. Main, Riverton, WY 82501.