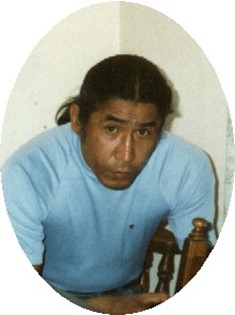 Interment will follow at the Arapaho Catholic Cemetery at St. Stephen's.

There will be a rosary at 7:30 p.m. Friday, Oct. 24, at the St. Stephen's Church with a wake to follow at Eagle Hall on the mission grounds.

Mr. Washington died at the Thermopolis Rehabilitation and Care Center on Tuesday morning, Oct. 21, 2008, at the age of 58.

Vincent Dale Washington was born in Riverton in Sept. 22, 1950, the son of Otto Washington, Sr., and Mary Agnes (Bell) Washington. He was graduated from Flandreau Indian School in Pierre, S.D., and later served with the United States Marine Corps.

Mr. Washington was a life-long resident of the Wind River Reservation and was a member of St. Stephen's Catholic Church.

He worked in construction.

His family said he enjoyed playing and coaching baseball, hunting, camping, fishing, reading, listening to music, the outdoors, hitchhiking and otherwise traveling around the country.