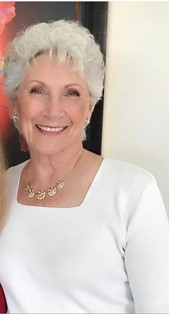 Guestbook 8
Marilyn Noreen Winchell Starks, age 84, was received into the arms of her Savior, Jesus Christ on Friday, October 23, 2020 in Riverton, Wyoming.

Marilyn was a retired RN and retired teacher from Arapaho School, where she taught and then worked as the Federal Programs Director. She and her husband, Charles served a two-year mission in the Philippine Islands, working to raise the economic and self-reliance levels of young people through the LDS Church’s Perpetual Education Fund. She served as a teacher and president in Primary, Sunday School and Relief Society, as a ward family history consultant, and as ward missionaries in the Mountain View ward, and as an ordinance worker in the Ogden, Utah Temple for over five years.

She had a great love for the Church, and was very gifted in genealogy and indexing historical records. She created several record books for Hudson, Lander, Milford and South Pass City cemeteries and funeral homes, all of which are catalogued in Fremont County’s local libraries.

Marilyn was the embodiment of elegance, dignity, grace and love. She loved reading, family barbecues, flower gardening at her homes in Lander, Riverton and Ogden, and traveling with her husband, Charles. Her greatest joy with her husband was their family – children, grandchildren and great-grandchildren.

Services will be held on Wednesday, October 28 at 2PM at the Church of Jesus Christ of Latter-Day Saints, 430 Elizabeth Drive, Riverton, WY. Family viewing and prayer will be held from 12:30-1:30 PM. Masks and social distancing requested throughout the services.

Condolences may be sent to: The Starks Family, 3221 West Main Street, Riverton, WY 82501. Donations can be made in Marilyn’s name to a charity of choice.