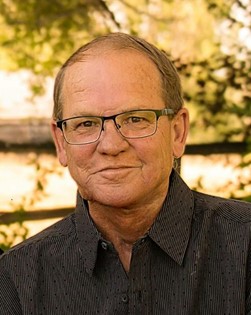 
Tracy Wimber, 60, of Riverton passed away at Sage West Hospital – Riverton on Tuesday, October 27, 2020. Cremation has taken place, and no services are planned.

On September 10, 1977 he married Cynthia Gay Burton in Casper, WY. He lived in Texas, Arizona, and Colorado before settling in Wyoming in 1987 and made Riverton their forever home in 1989. They had three children, Ryan, Eric, and Misti. The celebrated their 43rd anniversary this past September.

He worked as a cook at Benham’s Supper Club, for Fremont County Weed and Pest, as an oiler at Energy Fuels uranium mine, as a mechanic at HW Moore, at a farming implement company in Mesa, AZ, Great Plains Welding in Casper where he transferred to Riverton in 1989. The company was bought out by Airgas where he took over managerial duties and worked for 32 years before having to take early retirement due to health issues.