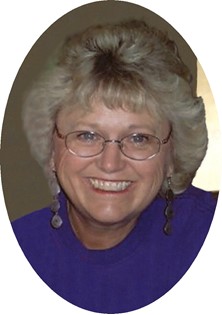 Guestbook 1
Private family services will be held at a later date for Mary Lou Bleier, who died at her home in Riverton on Monday morning, Oct. 27, 2008. She was 63.

Mary Lou Cone was born in Glendora, Calif., on Dec. 19, 1944, the daughter of Dick L. Cone and Ruth E. (Hall) Cone. She grew up in California and, following retirement, moved to Wyoming to be near family.

Mrs. Bleier was a credit manager and had worked for 30 years at Hydraulic Research in Castaic, Calif. She was of the Protestant faith.

She belonged to the Red Hats.

Her family said Mrs. Bleier enjoyed her family and loved spending time with her grandchildren, dancing, and gardening. They said she didn't go anywhere without her camera. She enjoyed dancing with her friends at the Senior Center.

Memorials may be made to the American Cancer Society, in care of the Davis Funeral Home, 2203 West Main, Riverton, WY 82501.