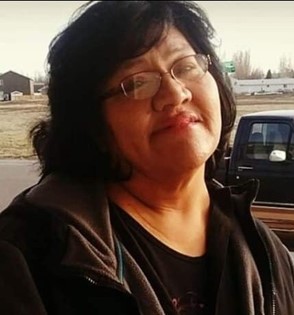 She was born on March 30, 1967 in Billings, Montana, daughter of Edward and Shirley (HighPine) Blackburn.

Robyn loved spending time with her grandbabies, listening to music baking bread, walking, attending the casino and was a very family-oriented person.

She was a baptized member of the Church of Jesus Christ of Latter-day Saints and belonged to the Native American Church.

She was preceded in death by her parents, Edward and Shirley Blackburn, Larry HighPine, Ray and Mabel HighPine and her husband James Goodman.