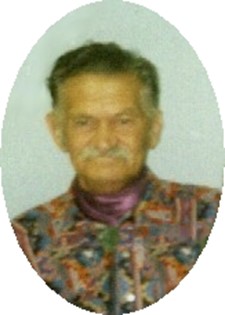 Guestbook 4
Memorial services for Leslie W. "Curley" Quarles of Jeffrey City will be at 10 a.m. Tuesday, Nov. 18, at the Davis Funeral Home of Riverton. Military honors will be presented by the Wyoming Army National Guard during inurnment at Mountain View Cemetery in Riverton.

Leslie Wayne Quarles was born in Gray County, Texas, on Aug. 3, 1926, the son of Leslie Leon Quarles and Francis (Barton) Quarles. He attended elementary school in Webb, Texas. He was a Lefors (Tex.) High School graduate.

He worked as a driller/pumper for 30 years and retired from Amoco in 1985.

He lived on Happy Springs in southeastern Fremont County, where he hunted jade. He had also lived in Bairoil, Crooks Gap, and Riverton.

Mr. Quarles had been baptized as a Christian.

His family said he enjoyed rock hunting, he liked hunting with his hounds, liked to chase wild horses in his younger days, enjoyed hunting big game and birds, fishing, his grandchildren and great grandchildren.

Mr. Quarles was a past member and president of both the Wyoming Gem Society and of the Wyoming Hound Association.

Memorials may be made to the Help for Health Van, in care of the Davis Funeral Home, 2203 West Main, Riverton, WY 82501.