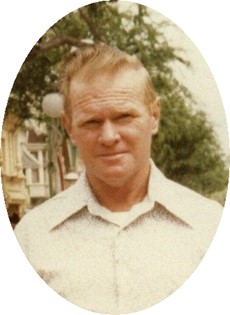 Guestbook 0
Funeral services for James E. Lynn of rural Riverton will be at 2 p.m. Monday, Nov. 17, at the Davis Funeral Home of Riverton. Pastor Cleve McSwain will officiate and committal rites will be by the Wyoming Army National Guard.

Interment will be at Mountain View Cemetery in Riverton.

Mr. Lynn was a World War II veteran who served with the U.S. Army and had lived in Fremont County for the past 46 years.

Mr. Lynn worked as a welder and in the horse arena at Central Wyoming College in Riverton as a caretaker for the animals. He had worked in the oil fields for several drilling companies for many years, then in the Susquehanna mill, before taking the job at the college.

His family said Mr. Lynn "could fix anything." He enjoyed hunting, fishing, electrical work, carpentry, and was an excellent welder.

Mr. Lynn was preceded in death by his parents; a son, Jimmy Evan Lynn; three brothers, and two sisters.

Memorials may be made to St. Jude's Children's Hospital in care of the Davis Funeral Home, 2203 West Main, Riverton WY 82501.