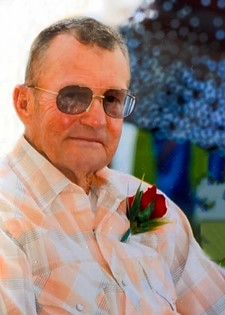 Guestbook 8
Services will be held at a later date for Robert Hobart Brown, 87, who passed away on February 24, 2021 at his home in Riverton, Wyoming surrounded by his loving family. Cremation has taken place.

Robert was born on July 1, 1933, in Plainview, Texas, son of Robert and Wilma (Yancy) Brown. He spent his childhood living in Plainview, TX, Ft. Sumner, NM and Pagosa Springs, CO, where he graduated high school. Following graduation, Robert began his career in the oilfield, moving to Worland and later to Thermopolis, Wyoming to begin working for Halliburton. While living in Worland, he married Shirley Velvick on January 21, 1956. The family moved to Riverton in 1963, where Bob spent the next 32 years working for Arco until his retirement.

Robert was a game chicken enthusiast who also enjoyed making guns especially custom gun stocks. He also spent his time sheep farming, hunting and fishing. He was a loving Grandpa who adored his grandchildren and great grandchildren.

Mr. Brown was preceded in death by his parents, Robert and Wilma Brown.