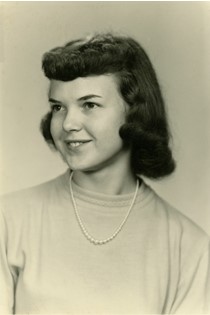 Guestbook 7
No services are scheduled for Virginia “Ginny” Lee Weber, who passed away on Saturday, March 20, 2021. Cremation has taken place.

Virginia was born on April 16, 1940, in Ingraham, Illinois, daughter of Frank and Pauline (Iffert) Kessler.

On June 6, 1964, she married James August Weber, III in Wendelin, Illinois. During their marriage, James and Virginia lived and worked in Great Bend, Kansas; Houma, and Lafayette, Louisiana; Olney, Illinois; Denver, Colorado; Ventura, CA; Riverton and Dubois, WY. They moved to Riverton in 1979, where the family was transferred with James’ employment with Dresser Atlas Industries. They also owned and operated Weber Office Supply for over 20 years until their retirement in 2000. James and Virginia enjoyed many of their years working on weekends building their beautiful retirement home in Dubois. There, they spent much of their time outdoors in the peaceful tranquility of the mountains. Ginny enjoyed the wildlife, planting flowers, and feeding the birds.