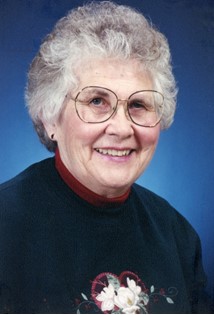 Rosalie Wertz was born on November 17, 1933 in Burris, WY to Medley Aldred and Clara (Lanigan) Wertz. She lived in Burris until 3rd grade when the family moved to a ranch by Morton, WY. She attended Burris and Morton Schools and Agnes Boarding School in Alliance, NE. While growing up on the River by Burris she and her brother, sister, and numerous cousins enjoyed, mostly on horseback, an adventurous childhood. The cousins, as the group was known, remained close throughout their lives and enjoyed many 4th of July celebrations at Medley and Clara’s Ranch. Rosalie was an enrolled member of the Eastern Shoshone Tribe.

Rosalie was baptized into the Catholic faith and was a devoted member of St. Margaret’s Catholic Church as well as attending mass frequently at St. Stephen’s Mission. Her faith was a very important part of her life. She was the school secretary at St. Margaret’s during the 1980’s and was involved in assisting as well as coordinating the funeral dinner program.

On October 2, 1954 she married the love of her life, Emil Paul Jacobson. They were married for over 62 years before Paul passed in April of 2017. They made Riverton their forever home and where they raised their six children.

Rosalie loved being with her children, grandchildren, extended family, cooking and baking, and spending time with her friends. She always had a smile that was very welcoming and she was a confidante to many.