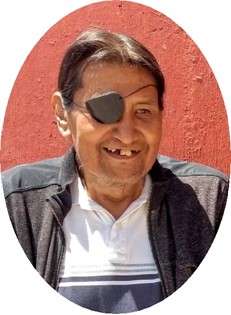 Allen Matthew Whiteman was born on May 22, 1961 in Riverton, WY to Ernest Mathew Whiteman, JR. and Mary Ann (Welch) Whiteman. After graduation from High School, he attended Regis University in Denver, CO from 1979 to 1982, he returned to the Wind River Reservation for a time before he went to Wichita, Kansas to attended Wichita State University. He earned his Bachelors Degree in Psychology from Wichita State University. In 1985 he returned to the Wind River Reservation where he made it his forever home.

Allen grew up learning and teaching Northern Arapaho history. He was also a fluent speaker of the Northern Arapaho Language. He enjoyed teaching this knowledge to his beloved grandchildren along with anyone who wanted to learn. Allen loved to travel and did so throughout the Western United States. Allen was a very talented singer/vocalist and piano player. He also wrote and composed music. He enjoyed music from, Opera, Traditional Pow Wow Music, to the Supremes. His favorite move was the Wizard of Oz, he would make referenced to it when he was joking around. He enjoyed the football season and was an avid Green Bay Packers fan. His favorite holiday was Halloween.