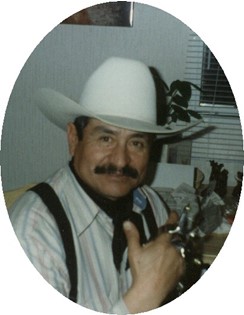 Funeral services will be at 2 p.m. Friday, Nov. 28, at the Davis Funeral Home of Riverton. The Rev. Father Robert Hilbert will officiate and cremation will follow the service. There will be a rosary at 7 p.m. Thursday, Nov. 27, at the funeral home.

Ronald Dean Stagner was born in Fort Washakie on Nov. 13, 1944,the son of Benjamin E. Stagner and June (Hereford) Stagner. He grew up in Fort Washakie, attending elementary school at Fort Washakie and Fremont County Vocational High School in Lander.

He lived most of his life in the Pavillion and Kinnear areas.

He was a sheet metal worker in the heating and cooling industry.

He had worked at the Atlantic City iron mine for U.S. Steel in the late 1960s and then, from 1974-1989 worked across the state doing sheet metal work for hospitals, colleges, and power plants.

In the 1990s, Mr.Stagner drove a truck for the Bureau of Indian Affairs, and turned to full-time ranching with his daughter Amanda at Kinnear in the mid 90s.

He was a member of the Sheet Metal Workers of Wyoming.

In 1965, he married Cheryl Andrews. They had two daughters and one son. They were later divorced.

On Dec. 8, 1978, he married Yvonne Aragon in Rock Springs. They had one daughter. They were also divorced.

Mr. Stagner was of the Catholic faith.