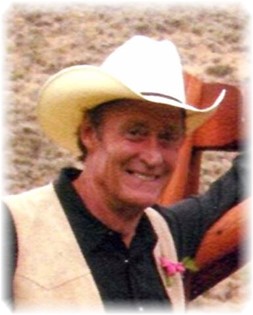 Guestbook 6
Memorial services for Noel Meeks will be held at 11 a.m. Tuesday, Dec. 2, at the St. John's Episcopal Church in Jackson. After battling cancer for about a year and a half, Mr. Meeks died at his home in Riverton Tuesday morning, Nov. 25, 2008. He was 62. Noel Lawrence Meeks was the youngest child born to Wayne and Wilma (Carlson) Meeks on Feb. 6, 1946. Along with his brother, Howard, and sister, Gaile, they grew up in Jackson Hole. He attended school in Jackson and Big Piney, and college in California. Mr. Meeks served with the U.S. Army in Viet Nam. He was baptized and confirmed in the Episcopal Church in Jackson, where he served as an acolyte. His family said Mr. Meeks was always athletic. He played football, basketball, rode broncs, and skied. He water-skied and his family said he loved trying new things. He spent his time in the out-of-doors as a guide, outfitter, and snowmobile tour operator. He helped his father in hunting camp, starting at the age of nine. As was common at the time, the brothers missed the first week of school every fall in order to help their father in camp. Mr. Meeks married Pam Hull and they had a daughter, Amy Noelle. They later divorced. He also has three grandsons -- Jaqson, McQuinn, and Clancy. He married Tammie Engler of Jackson. Their sons are Zane Howard and Joseph Rhodes Meeks. Mr. Meeks moved to Riverton about 10 years ago where he had a horse farm and leased horses to outfitters and dude ranchers. He is survived by his wife, Tammie; sons, Zane and Joe Meeks; daughter, Amy Belnap and husband Blake; grandsons, Jaqson, McQuinn, and Clancy Belnap; sister, Gaile Meeks; nieces Jody Singleton and Glen Petcavage, Autumn Tarich and husband David, and nephew, Wayne Meeks. He was preceded in death by his parents, Wayne and Wilma Meeks, and his brother, Howard Wayne Meeks. Memorials may be made to the New Hope Medical Center, 13735 East Brookhart Way, Scottsdale, Az 85262. Local arrangements were by the Davis Funeral Home of Riverton.