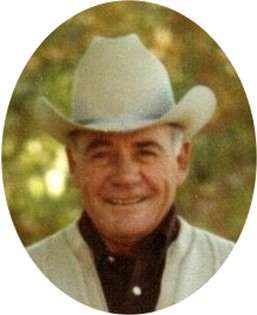 Guestbook 3
Riverton rancher Farrell P. Brough died at the Hospice Home Monday morning, Dec. 8, 2008, at the age of 84. Funeral services will be at 10 a.m. on Thursday, Dec. 11, at the Davis Funeral Home. Bishop Glen Lewis, Mr. Brough's cousin from Utah, will officiate. A Viewing will precede the service Thursday morning from 8:00 – 10:00 a.m. Interment will be at Mountain View Cemetery in Riverton. Farrell Brough was born in Kamas, Utah, on Oct. 16, 1924, the son of Wallace and Evelyn (Pitt) Brough. He attended schools in Kamas. From his youth to adulthood, he logged timber with his grandfather with teams of draft horses. During World War II, he served in the submarine service for the U.S. Navy. On Jan. 27, 1951, he married Ida Jo Jones in Evanston. They moved from Kamas to Riverton in 1954. Mr. Brough owned Brough Trucking and Brough Livestock. During the 50s and early 60s he hauled uranium out of the Gas Hills. He ranched in Dubois and Riverton on Riverview Road and Lost Wells Butte, retiring in 1987. Mr. Brough was of the LDS faith and belonged to the Veterans of Foreign Wars, Lions Club, and B.P.O. Elks Lodge. Survivors include a son, Lynn Brough and wife Candice of St. Jordan, Utah; daughter, Carol Porter and husband Harold of Thermopolis; five grandchildren and one great grandchild. He was preceded in death by his parents; grandparents, Seth Pitt and Mary Ann (Evans) Pitt; his wife, Ida Jo Brough, and an infant son. Memorials may be made to the Help for Health Hospice Home, in care of the Davis Funeral Home, 2203 West Main, Riverton, WY 82501. On-line obituaries are available and condolences for the family may be made at: thedavisfuneralhome.com Services are under the direction of the Davis Funeral Home of Riverton.