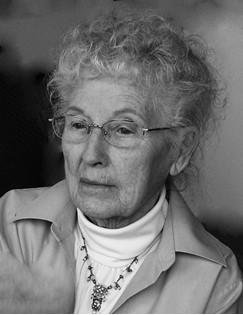 Guestbook 9
A long time Riverton area resident Doris Berniece (Fike) Lund died at her home on 19 December, 2008 at the age of 87.

Doris was born in a log cabin in the Ozark Mountains near Nebo, Missouri on February 16, 1921. She was the daughter of Clifford Ai Fike and Thelma L. (Vermillion) Fike. She married Albert M. (Ab) Lund on September 21, 1935 in Lander, Wyoming. They homesteaded east of Pavillion.

They moved to Spokane, Washington during WWII where they worked in the Alcoa aluminum plant. Doris operated both an electric truck and overhead cranes to participate in the war effort.