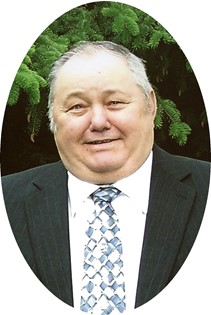 Guestbook 2
Funeral services for Robert W. Miska of Riverton will be at 2 p.m. Monday, Dec. 29, at the Davis Funeral Home of Riverton. Rex Whitman will officiate. Interment will follow at Mountain View Cemetery in Riverton.

Robert William Miska was born in Mandan, N.D., on June 16, 1934, the son of Otto John Miska and Elizabeth Ann (Doll) Miska. He grew up on a farm in North Dakota, attended elementary school in St. Anthony, and high school in Mandan.

He served in the U.S. military, with both the Army and Army National Guard.

Mr. Miska was of the Christian faith.

His family said he very much enjoyed being around his family and friends. Some of his interest-included working on cars, watching wrestling, traveling, sightseeing and sharing his experiences.

He was a member of the Western Fraternal Life Association.

Memorials may be made to St Jude's Children's Hospital in care of the Davis Funeral Home, 2203 West Main, Riverton, WY 82501.