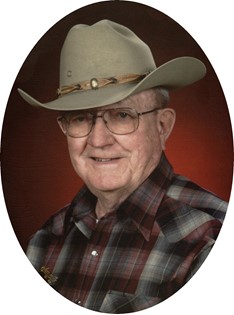 Military honors will be by the Wyoming National Guard.

Robert W. Campbell was born in Riverton on Jan. 15, 1929, the son of Gerald A. Campbell and Grace (Dolan) Campbell. He was a life-long resident of Fremont County.

He attended schools in Riverton and Shoshoni and the University of Wyoming.

He served in the U.S. military during the Korean War.

Mr. Campbell was of the Catholic faith and member of St. Margaret's Catholic Church in Riverton.

Mr. Campbell's family said he started working following a team on the family farm, moved on to the trucking, construction, and oil field businesses and completed his working career driving the four-wheeler on the family farm.

He had served on the Shoshoni School Board, the Fremont County Solid Waste Board, was a member of the Veterans of Foreign Wars, and the Shoshoni Senior Center.

He was preceded in death by his father, Gerald A. Campbell; mother, Grace Davison; step-father, W.A. Davison, and son, Jeff Campbell.