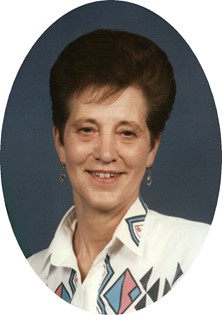 Guestbook 4
Memorial services for Lavonne N. McConnell of Riverton will be at 10 a.m. Monday, Feb. 2, at the First Baptist Church, at First and Sunset in Riverton.

Inurnment follows at Mountain View Cemetery in Riverton and in Ault, Colo.

Lavonne Nell Neff was born in Bridgedale, Colo., on Oct. 30, 1935, the daughter of George and Emma Neff.

She married Bob Glen Laney, who preceded her in death.

Mrs. McConnell worked as a waitress at Lakeside Resort for many years and the Shoshoni Restaurant. Prior to moving to Shoshoni, and then Riverton, she had lived in Ault, Colo.

Mrs. McConnell was of the Christian faith. She was an active member of the First Baptist Church of Riverton where she participated with the planning committee for funeral dinners and other celebrations in the church.

Her family said she enjoyed painting, cooking, sewing, playing cards, and spending time with her family and friends.

She is survived by daughter, Terri Nave and her husband Don of Lander, and daughter Wendy Vore and her husband Jeff of Glendo; step-son, Kelly McConnell of California; grandchildren, Brian and Trint Ayers and his son Clay, Brittney, Devon and Calie McConnell, Tiffany Velarde and husband Billy and children; a brother, Virgil Neff and his wife Betty of Denver.

Memorials may be made to the First Baptist Church, Help for Health Transportation Van, or to the Little Wind Hospice, in care of the Davis Funeral Home, 2203 West Main, Riverton, WY 82501.