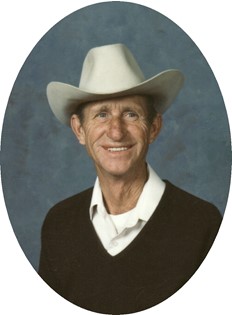 Memorial services for Olin B. “Bud” Turner will be conducted at 2:00 p.m. Friday, February 20, 2009 at the Church of Jesus Christ of Latter-day Saints in Shoshoni, with President Robert Zent officiating.

Olin Boyd Turner was born on April 12, 1930 in Quapaw, Okla., the son of Ollie Boyd Turner and Rose Marie (Driver) Turner. He grew up in Colorado and Utah and was graduated from high school in Salt Lake City.

Mr. Turner served in the U.S. Navy during the Korean War.

The family said he enjoyed watching his children and grandchildren in their sports and all other activities. He loved his family and horses. He was involved in rodeo and was an RCA professional cowboy before his marriage. Following his marriage, he participated in amateur rodeos, and after retirement, Mr. and Mrs. Turner enjoyed traveling in their motor home during the winters.

He was a baptized member of the Church of Jesus Christ of Latter-day Saints.

He was preceded in death by his parents and five brothers and sisters.