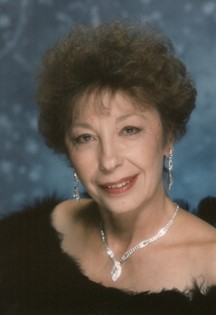 Guestbook 7
A memorial service for Rose Ann Markowski, 68, will be held at 2:00 p.m., Tuesday March 10th at Davis Funeral Home with Pastor Cleveland McSwain of the Pavillion Community Methodist Church officiating. Cremation has taken place. The family requests that memorial contributions be made to Donor’s Choice.

She was born November 5, 1940 in Chicago, Ill, daughter of Walter and Gertrude (Bridges) Ross.

On November 7, 1959 she married Edward Markowski in Chicago.

The couple moved to Riverton in about 1972 from Lander. Rose and her husband, and another partner owned and operated Louis Lake Lodge for several years. She worked at Data Systems for many years before working at Walmart for 15 years before retiring in 2008.

Survivors include her son, Brian and his wife Paula Markowski of Riverton and brother Dennis Ross of Chicago.

Mrs. Markowski was preceded in death by her husband and parents.