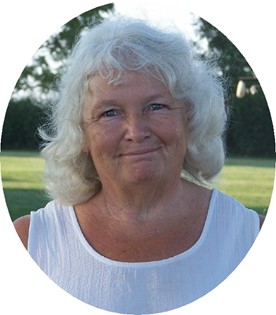 Guestbook 6
Gladys A. Kmetz of rural Lander died on Tuesday, March 3, in Lander. She was 64. At her request, no services will be held. Mrs. Kmetz died on Tuesday, March 3, 2009. Gladys Ann Korby was born in Esko, Minnesota, on Feb. 6, 1945, the daughter of John and Violet Korby. She grew up in the Esko and Duluth areas of Minnesota. Mrs. Kmetz was of the Christian faith and her family depicted her as a "modern-day pioneer woman," liking the simple things in life, enjoying traveling between her home in Wyoming and New Mexico for rock hunting. She had lived in Lander at various times since the early 1970s. She worked at the Wyoming State Training School, in mining jobs, and home health care. Survivors include her sons, Bryan Kmetz and his wife Susan of New Mexico and Joe Kmetz and his wife Kim of Washington state; a daughter, Corrine Palmer and her husband Ray of Iowa; good friend, Shirley Fillman; several grandchildren, three brothers, six sisters, other friends and family. She was preceded in death by her parents. On-line obituaries are available and condolences for the family may be made at: thedavisfuneralhome.com Services are under the direction of the Davis Funeral Home of Riverton.